Domestic violence is sadly something that is more common that it should be. In both his time serving in the military overseas and as a local police officer, Bobby Brumfield felt it was too much to just sit idly by. After first founding his own security consulting business Leonum Advisors, Bobby has since gotten together with former police colleagues and field experts to found a new organization, MADVAC, Men Against Domestic Violence Action Coalition.

In the years since MADVAC has worked with multiple Omaha organizations and youth outreach programs to teach and connect with youth and young men in troubled situations. These years of working hard for the betterment of others is why Inclusive Communities is awarding him as Humanitarian of the Year. 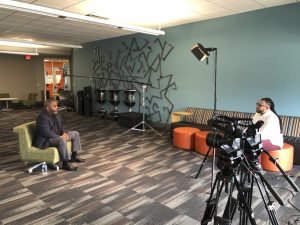 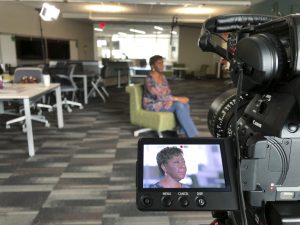 We met with Bobby at the Community Engagement Center at UNO. He spoke to us about why he pushes for opening more dialogue between people and what he wants to focus on next. Speaking with us and with others at the center, we got a more complete rounded idea of who he was, and of the kind of person he is about compassion, outreach and being able to contribute to society and making change.

His work to erase the stigma of asking for help and to bridge the gap between gender equity in business come from Bobby’s ability to talk straight to the heart of someone and bring them on board and have them feel accomplished. It’s his strength as a unifier and a people mover that he showcases the best features of being a humanitarian.

At the end of our interview, when asked about getting this award, he chuckles and says, “ well, now I have to go out and earn it.” 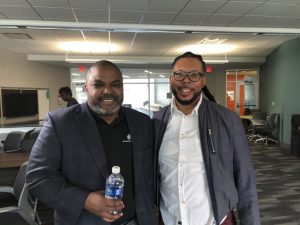 As we celebrate the award winners with Inclusive Communities, there are more than enough people to think he’s earned it, and then some.

Next Time: Leading with Diverstity from the leadership of OPPD and beyond.