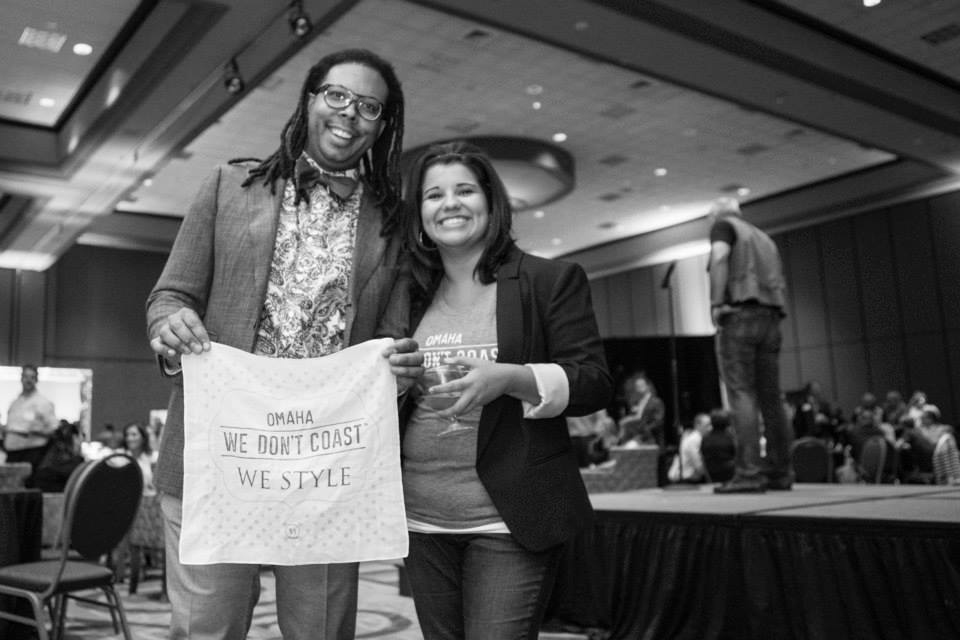 Looking Back, Looking Ahead.

2014 was a year of small milestones and moving towards the bigger picture, of steady improvements and reaching new plateaus.

Working with Santa Martha Coffee makers showed us that making a difference can happen across borders and bring together global communities.

Then local business, community, and entrepreneurial leaders selected for their excellence by the Omaha Chamber for their efforts reaching out to communities and changing what we really thought of “having high social capital.”

And even though we track everything thing we work on as projects, two projects loomed large in our summer both sharing the word in their names, “Project Ready” and Project Search.”

Working with the Urban League’s Project Ready, we assisted and challenged youth and teens from North Omaha to examine and learn the history of where they lived and how the past was still relevant to life today. Following and interviewing many important people, from both the past and present, brought a new appreciation to what really important to us all, then and now. Being able to travel and present at the National Urban League Conference in Ohio and receive award for the kids participating and recognition to the individuals working hard everyday in this town.

On a similar note, Project Search brought us together with young adults transitioning to work after high school, a program focused on people with different intellectual developments ranging from ADHD to Autism and others. We both documented their journey to the strong confident place they were at now, and worked along side them, as they put together and helped with all aspects of production. Proof to us and the audience, to cast aside our assumptions and to see people as they are, and not underestimate what they are capable of accomplishing.

We wrapped up the year, growing connections with The Empowerment Network, No More Empty Pots, and Big Mama’s Kitchen, bringing together more,  planting the seeds for a hopeful future of this city, putting it on the map with good food, innovation, and leadership.

And finally, for both Surreal Media and Jason Fischer, the awards and accolades this year from numerous organizations and publications including the Midlands Business Journal’s 40 under 40 for 2014, and a growing list of  ‘Best of’ nominations from film festivals across the country. This was also the year of being selected for the exclusive design team to create and put forth the unveiling of “We Don’t Coast,” the new slogan for the city of Omaha, and a new milestone in history. Along with the steady growth of our new venture, Content Canoe, in any other year these would be the capstones of a job well done, instead they add to what was an incredible year. And a fast one too, like 2014 went by really fast.

Really looking back and writing it all down, really hits home to how much we worked on stories of helping and giving, of appreciating and finding appreciation, of finding hopeful positive stories in what was in other ways a dark, difficult year. And it wasn’t like we just sought them out, they came to us, and we were interested and excited to tell them, because it’s really always about the stories. And stories are always about the people.

And now 2015. In some ways, we know that 2015 will be bigger and better, as we look to start rolling out some really big projects we’ve been formulating and preparing for prime time. In other ways, we of course have no idea what the future holds, but we as ready and energized as ever.